The Ebenezer Baptist Church began when a group of German speaking believers who had migrated to British Columbia from the Prairie Provinces started to meet together in a home. They soon contacted the N.A.B. denomination requesting assistance to organize themselves into a church. Originally fifteen believers inspired with a missionary vision organized themselves into a Baptist Church on August 25th, 1927 under the name of Erste Deutsche Baptisten Gemeinde of Vancouver B.C. Services were held every Sunday and Rev. F.W. Mueller served first as a student in 1927 and then became the first full-time pastor in 1928. 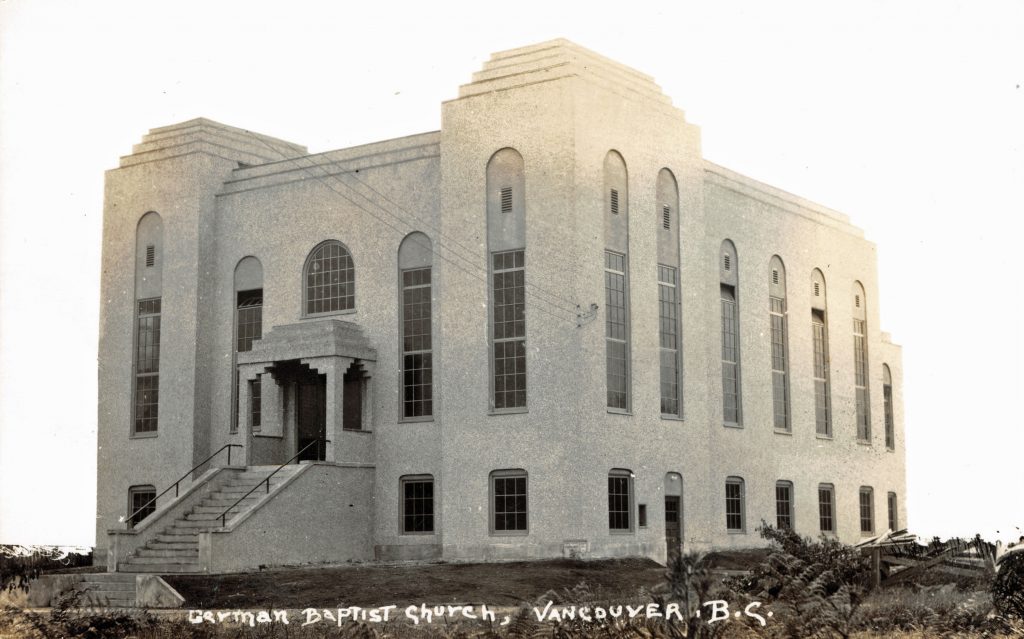 They rented an empty store located at Main and Marine in South Vancouver until in the summer of 1927, the use of a little brown church on 63rd Avenue off Main St was obtained. The first Christmas programme was held there and was filled to overflowing. This building was soon sold and in September 1928, the Maple Hall on Fraser Street just north of 49th Ave, was rented. The need for their own building became apparent and the site selected was at 659 East 52nd Ave and construction soon begun. A team of horses together with a scraper was used to dig out the basement excation for the structure. The church building became an impressive landmark in the community and an effective testimony of the gospel of Jesus Christ.

In the early 1930’s, during the depression years, many people moved from the Prairie Provinces increasing the church’s attendance. It soon become necessary to expand the building and in 1935 an enlarged structure was completed. On September 27th, 1939 the name of the church was officially changed to its present name of Ebenezer Baptist Church. By the late 1940?s most of the services and Sunday School Classes were conducted in English.

For the next 28 years, the church carried out its programme of evangelism and outreach until the time came that those facilities were also inadequate. The congregation again felt compelled to plan for enlarged and better facilities and after much deliberation and prayer the present building site at 6858 Fraser Street was acquired. The ground-breaking ceremony was held in November 1954. A busy time of mostly volunteer work followed for nearly two years until the structure was completed. On April 17th 1955, the cornerstone was laid, containing: a copy of the church constitution, a brief history of the church, documentation re. purchase of the property, a membership list, Bible, and denominational publications. 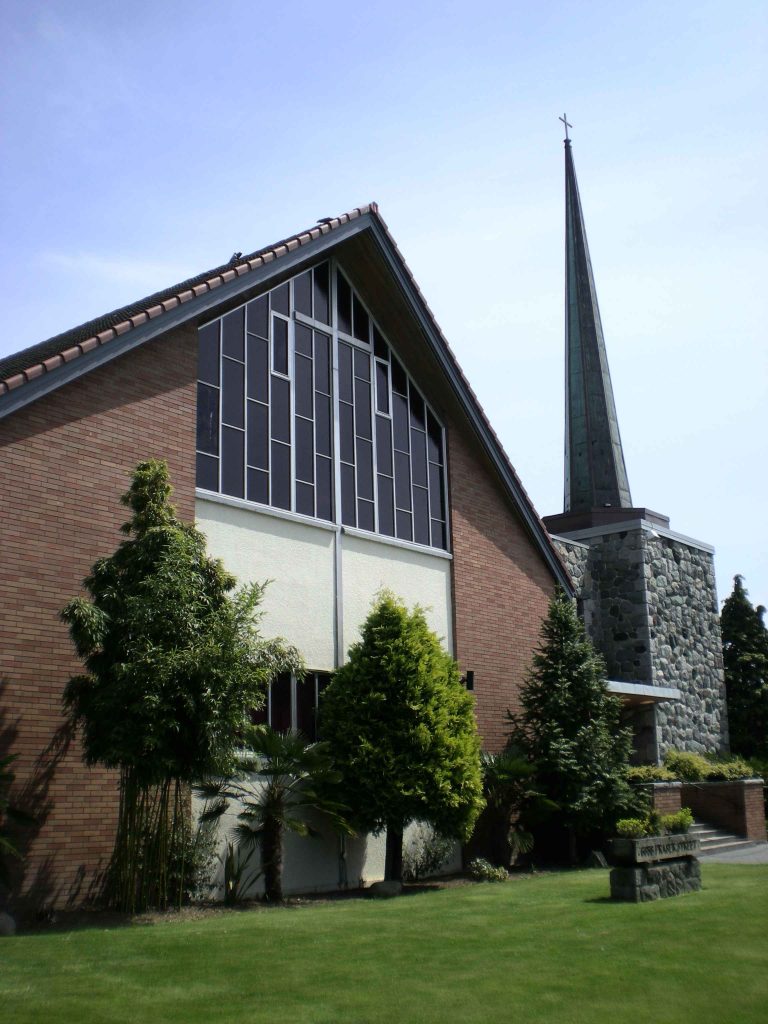 The current site of Ebenezer, acquired in the 1950’s.

It was with great joy and gratitude to God that the congregation and friends celebrated the ribbon-cutting ceremony on November 11th 1956. A parsonage was also build on the ground in early 1957. Another milestone was reached when in November 1960, when the church became debt-free and celebrated a mortgage burning ceremony. In Spring of 1967, the church again began a buiding expansion project and constructed a three-story education wing on the grounds consisting of educational facilities and a large gymnasium.

Music has played an important role in the life of Ebenezer since the beginning and much of the attractiveness of the church in neighbourhood was attributed to the music programme, which included a mixed choir, male choir, ladies choir, youth musicals, and children?s choir.

The church flourished during the 1970’s and 1980’s with active ministries for children, youth, young adults, and an active Challengers ministry for seniors. Ebenezer’s story into the new century is similar to that of many urban churches throughout North America. The church faced challenges related to changing neighbourhood demographics, economic pressures, and the realities of second-generation immigrant families migrating to the suburbs. Declining attendance and, at times, financial challenges required fresh discernment of God’s plans and future for Ebenezer. Through prayer and commitment, Ebenezer remains in the South Hill neighborhood and continues to be a visible, testimony to God’s grace and a source of life for its church members and the neighborhood through its ministries.

God continues to bless his people at Ebenezer Baptist Church and we continue to give praise and adoration for God’s greatness, goodness and love in all things, as we say, with the prophet Samuel, “Ebenezer . . . Hitherto the Lord has helped us” (I Samuel 7:12).