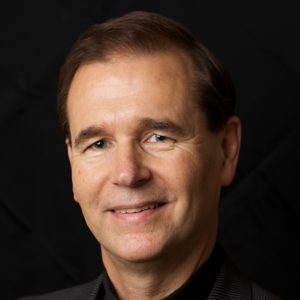 Dr. John Oakes, who became Senior Pastor of Ebenezer Baptist Church in June 2017, has been an ordained minister since 1997, serving mostly in the Lower Mainland. Ever since his conversion in 1985, his primary passion has been to share the good news of Jesus Christ.

John was educated at Magdalen College, Oxford (B.A. and M.A. in Classics), Regent College (M.C.S. in Church History and MDiv.), UBC (M.A. in History), and SFU (PhD. in History). Prior to pursuing a career in pastoral ministry and academia in North America, he worked as an investment analyst and as a journalist and editor in the UK. He and his wife, Kirsten, who is a travel consultant, immigrated to Canada in 1989. They have two adult daughters and two granddaughters.

John is also an active scholar. His most recent work, Conservative Revolutionaries: Transformation and Tradition in the Religious and Political Thought of Charles Chauncy and Jonathan Mayhew (Eugene, OR: Pickwick Publications), was published in October 2016.

John`s outside interests include sports, movies, politics and literature, though not necessarily in that order!

Grant was called to lead us in the worship of God through music back in 1995. He leads the worship team on Sunday mornings, directs the Choir and oversees all aspects of music at our church. Grant has trained up many, many aspiring musicians and continues to do so.